Topiary Parks offers you a unique new development in the beautiful Warwickshire countryside.

Topiary Parks offers you a unique new development in the beautiful Warwickshire countryside. A great place to live if you are semi-retired and trying to find a perfect place.
Ancient Saxon Warwick, the county town of Warwickshire about 8 miles from Stratford, was founded in the 10 century AD as a defence against the Danes, commanding a superior hill site overlooking the River Avon and controlling the river crossing carrying the roads to London, Stratford, Coventry and Droitwich.

Nowadays Warwick is famous as the site of, arguably, the most complete of mediaeval castles to be found anywhere on the planet and was the home of the Earls of Warwick until very recently – an excellent day out.

Royal Leamington Spa
A tiny village until about 1800 when the saline springs was rediscovered and the village started to attract numerous visitors. The saline water was claimed to relieve disorders like gout, the rigidity of the joints and rheumatism amongst many others and the popularity of the “taking of the waters” amongst early Victorian society led to the town’s increase in size and prosperity.

Alcester
Alcester Seven miles west of Stratford is the ancient market town of Alcester. Founded by the Romans (Alencestre, the Roman fort on the River Alne) its medieval street pattern survives almost intact, along with many ancient properties and there are a number of archaeological sites of interest in the town and the surrounding area.

A pretty, uncommercialised market town in the heart of the old Arden region of Warwickshire. The long, winding High street is the perfect setting to show off the beautifully preserved buildings perched on either side, over 150 of which are listed as being of historic or special architectural interest, the Tudor Guild Hall displaying evidence of this once important trading town.

A true classic of the Tingdene collection, our Addington park home is a firm favourite for retirees who require a little extra space for entertaining family and friends. With two double-bedrooms and airy open-plan kitchen and living space, this model benefits from a timeless and contemporary bungalow-style design

With its exterior rendering, cladded features and the generous internal proportions, the Hayden Classic is considered an understated yet elegant design that suits the tastes of park home owners across the country. with two bedrooms featuring a walk in wardrobe to master and a light and airy open plan kitchen, lounge diner.

Also includes a driveway and balcony 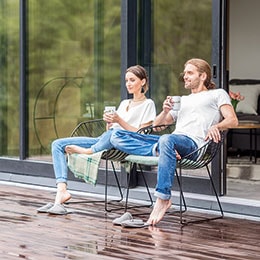